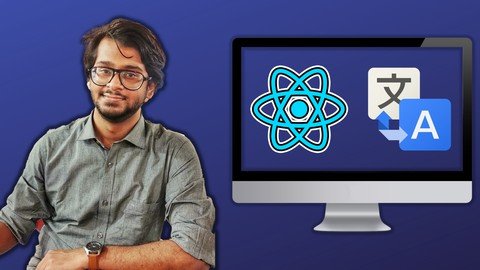 Description
Hello, I am Nishant and I am an enthusiastic developer with a knack for building products with good UI and UX. I teach Front-end Development to beginners, and some other things too.

I build projects to learn how code works.

And while I am not coding, I enjoy writing poetry and stories and cooking delicious meals.

In this course, we cover all the steps from creating an app in React all the way through to build a Translator Application in React

We will start by initializing the React App.

We will learn how to create Components.

How to send API Requests.

How to use LibreTranslate API

And last but not the least, how to use Semantic UI Library.

Enroll now and get started on your journey to build React applications from scratch to finish.

How to create components.

How to send API Requests.

And last but not the least, how to use Semantic UI Library.

How to use Libre Translate API.

Who this course is for:

Hidden Content. You must be a Member VIP to view